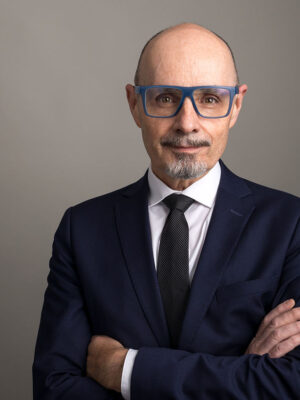 Jeff began his working career as a musician. He is a founding member of Columbia Recording artists the “Queen City Kids”.

He attended university and studied at the U of M in Winnipeg. He then decided to join his father’s firm in Victoria in 1991 training as hearing instrument practitioner. Jeff passed the provincial exams in 1992 and began practicing in Duncan,BC.

Jeff wrote the National Board Certification exam in 1994 and has held his certification ever since. He was elected to the Board of the Hearing Instrument Specialists Society in 1995. He was appointed to serve on the former Board of Hearing Aid Dealers and Consultants, serving six years on the Board, two as Complaints Committee chair.

Jeff and his wife Sharon live in Victoria where they spend their time with their grand daughter, as well as walking their dog, and going to movies and concerts.

Jeff’s musical career did have a negative effect on his hearing and so he has worn hearing aids for the last 7 years. He still loves to play the drums in various bands including reunions with his original band.